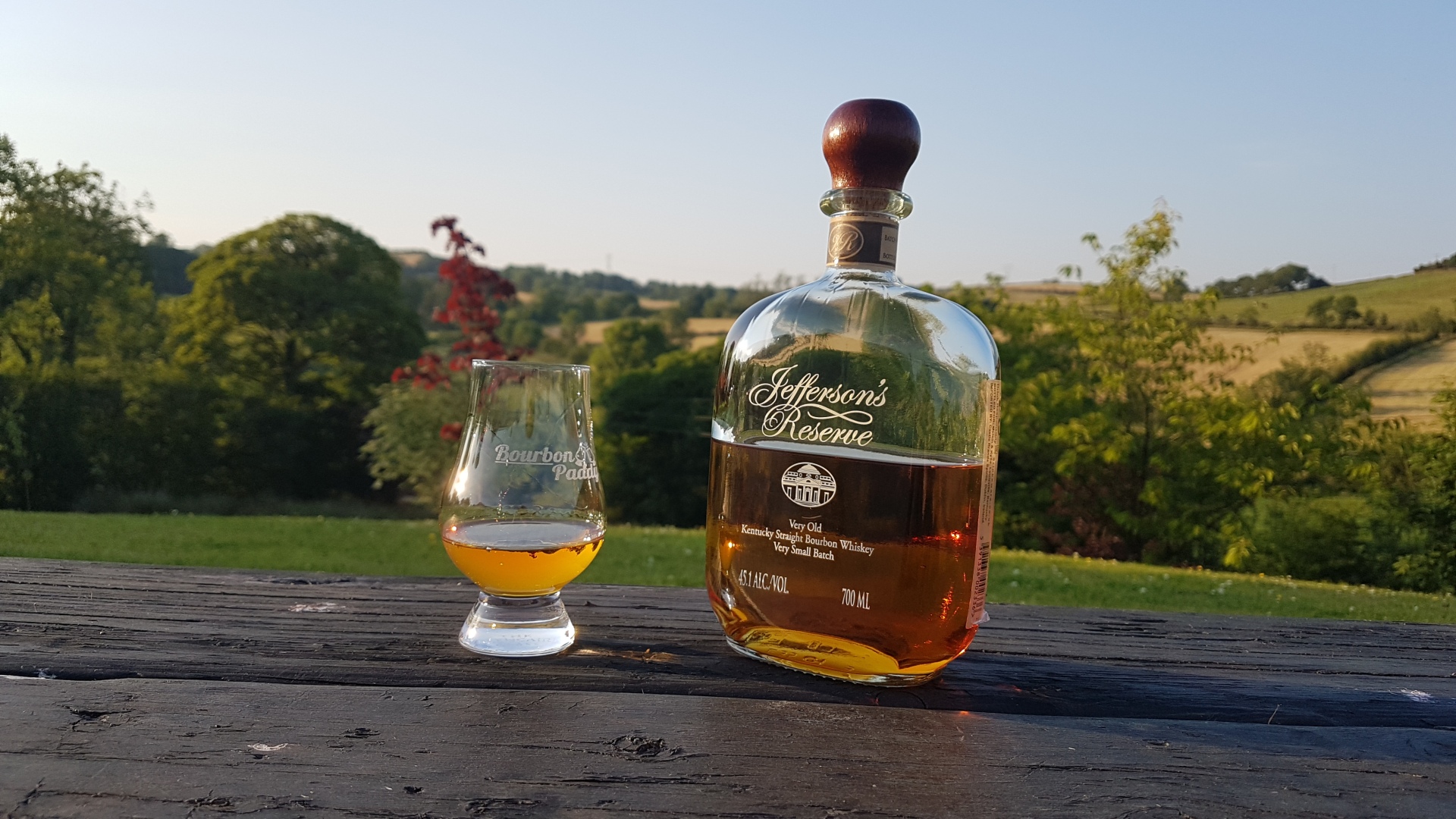 Founded in 1997 by father and son Chet and Trey Zoeller, Jefferson’s is a Non-Producer Distiller that sources new and aged whiskey stocks from established distilleries and blends them on a very small batch scale to create a variety of interesting whiskies. Known for their experimental ‘mad scientist’ approach, Jefferson’s use a range of innovative techniques, wood/cask finishes, and collaborations to produce their famous whiskies. Currently based in the Kentucky Artisan Distillery, KY, Jefferson’s have also begun the process of crafting their own whiskey in recent years. Their core range consists of their Very Small Batch bourbon, their Very Old Reserve bourbon, their Ocean Aged bourbon, and their Presidential Select line.

Along with their Very Small Batch bourbon, Jefferson’s Reserve bourbon is the company’s second flagship brand, and the label under which they sold their first sourced whiskey when the company first started. What separates Jefferson’s from other brands that source and bottle is that they have always done so openly and thus had the unique opportunity to do what others have not done when it comes to creating their award winning whiskies. By sourcing from a range of distillers, Trey and Chet Zoeller have had the opportunity to create innovative blends of different recipe whiskies from different distilleries together to craft truly unique flavours – which is an art in itself. Instead of bottling their whiskies as single barrel offerings Jefferson’s take the time and effort to create blends that showcase the finest elements of all their constituent parts, a task that is easier said than done – trust me.

Jefferson’s Reserve is made in a similar way to their Very Small Batch bourbon (VSB) the difference being that they use older stocks in the blend (18 y.o. max – 8 y.o. min) to create their desired flavorful profile. Jefferson’s Reserve is also a Very Small Batch blend and this claim comes from the fact that each batch consists of a blend of 8 to 12 barrels of four different bourbon recipes of different ages. The idea behind using older stock in the Reserve is that the longer maturation of the base whiskies gives the final blend more complexity, bigger taste and better flavour depth. The VSB is designed to be approachable, whereas this Reserve expression is designed to be more complex and sophisticated.  The Reserve is also bottled at a higher proof than the standard Jefferson’s, 90.2 proof rather than 83 proof. Originally the Reserve offering from Jefferson’s was a 15 year old aged bourbon. However, from 2003 it changed to be mixed with lesser aged bourbon and so the age statement was dropped. The bottle itself is very minimalist and doesn’t offer any concrete information to the drinker on the whiskey inside other than the proof, the fact that it is a Kentucky Straight bourbon, the batch number, and bottle number.

Palate: The palate opens viscous and fruity with slight orange peel, floral vanilla, deep toffee and spicy rye earthiness with a touch of charred oak in the back.

Finish: The finish is long and warming with sweet oranges dipped in caramel and sprinkled in white pepper, followed by an aftertaste of minty old barrels and citrus peels.

I would rate this bourbon as a success for Jefferson’s and a big step up from their VSB bourbon blend. It’s a wonderfully viscous and flavourful bourbon that drinks with much bolder flavour than its 90.2 proof would have you expect. One thing I picked up on was that rye is an important flavour component throughout and I don’t think I’m wrong in assuming that this is a blend of high rye bourbons. Jefferson’s set out to give this bourbon an increased depth of flavour and complexity over it’s VSB bourbon by using older stocks in the blend. When you drink this bourbon the effects of this are clear as you can taste the older bourbon in the blend and the presence of old minty barrels in the flavour notes are a dead giveaway to me. These old barrel notes were also very well balanced by the fruity caramel and toffee notes and the increase in proof over the VSB were a welcome addition to me as I felt they helped carry the flavours better.

Despite no longer being a 15 year old bourbon, the future bodes well for Jefferson’s Reserve as the bourbon distilled for Jefferson’s by the Kentucky Artisan’s Distillery continues to mature for eventual use in the Jefferson’s line. Since it’s introduction in 1998, the Reserve bottling has seen some changes such as its age statement being dropped, however, I can only hope that as Jefferson’s own stock come to maturity that we might see a return to its former glory. That being said the current bottling makes for a quite enjoyable bourbon that’s a clear step up from its entry-level VSB brother and is one I’d share with those looking to step outside of their comfort zone and experience what’s available outside entry-level brands.

This is easily available by the pour. If it wasn’t,  I would not shy away from buying another bottle once my current bottle is finished. If you’re looking to step outside the realm of entry-level bourbon then this would definitely be a step in the right direction.