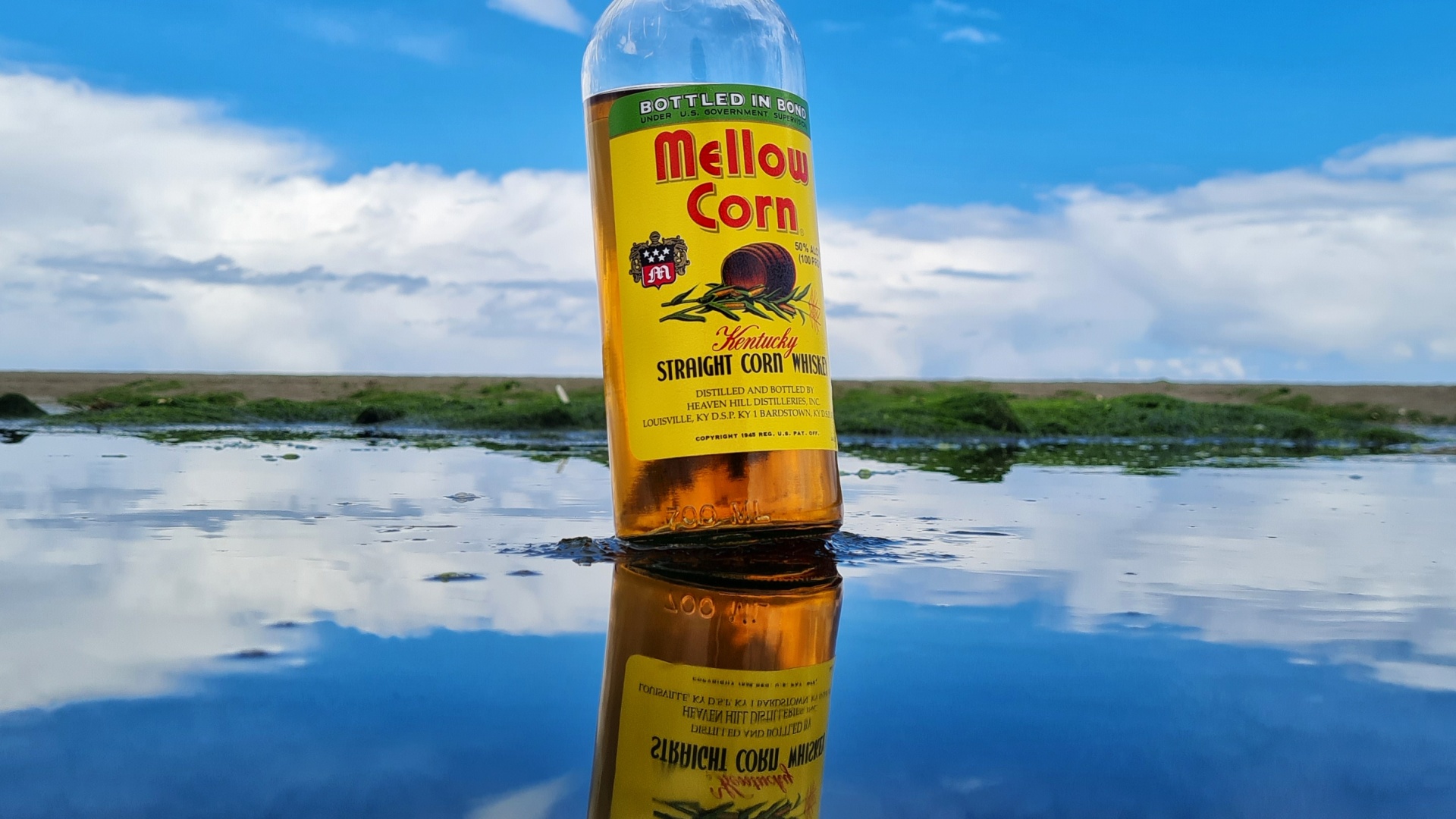 Today the modern iteration of the company, Heaven Hill Brands, has become a diversified supplier of whiskeys, liqueurs, vodkas, rums and other spirits. They own 57 rickhouses in Central KY and distribute over 48 brands including 17 bourbon labels such as Henry McKenna, Elijah Craig, Evan William, Larceny, Old Fitzgerald, and Rittenhouse rye to name a few. The distillery also has the largest number of Bottled in Bond whiskies on the market and is the only heritage distiller that features every major category of American whiskey in their 5 distinct mashbills producing traditional bourbon, wheated bourbon, rye whiskey, corn whiskey, and wheat whiskey. Under 7th Master Distiller (and fellow countryman) Conor O’Driscoll the distillery was on course to fill almost 400,000 barrels last year and with continued investment production capacity is growing every year to meet rising demand.

As part of their 5 distinct mashbills Heaven Hill produce a unique straight corn whiskey under their Mellow Corn brand. Typically aged much longer than other corn whiskies on the market (4 years +) this whiskey is aged in used Heaven Hill cooperage and has been a Bottled-in-Bond product since its introduction in 1945.

Before I get into my review I thought I’d quickly run through what corn whiskey is for those readers who have either overlooked it as a category or are yet to come across it. Like other types of whiskey produced in the US, corn whiskey is defined under US Federal law as a distinct whiskey style that has to follow a set of rules as follows:

“Corn whisky” is whisky produced at not exceeding 160° proof from a fermented mash of not less than 80 percent corn grain, and if stored in oak containers stored at not more than 125° proof in used or uncharred new oak containers and not subjected in any manner to treatment with charred wood; and also includes mixtures of such whisky.

Palate: The palate opens viscous with sweet young corn notes before a wave of spice washes across your palate, fading to big vanilla and earthy nuts as faintly herbaceous spice continues to linger on the sides of the tongue.

Finish: The finish opens with lingering ethanol and herbaceous rye spice before fading to earthy nuts, and an aftertaste of young corn and faint malted barley.

Let’s not chase around the stalks-Mellow Corn is awesome. It’s affordable, tastes great, and looks every bit the part of a historic brand that’s perfectly happy to remain in the past when the whiskey was better, the prices more agreeable, and the packaging funkier. As a bonded whiskey that hails from the experts in producing some of the best bonded whiskies in the world it falls smack bang into the Heaven Hill formula of producing whiskies that are older, bolder, cheaper than their competitors. Its pedigree is legit, and the flavours are all there to back it up whether you’re mixing it into a cocktail, expanding your horizons without breaking the bank, or just sipping it neat or on the rocks. With the added rye in the recipe it also gives you a corn whiskey experience with complexity outside of the usual 1-trick-corn-whiskey pony of sweetness and vanilla. Finally, yes, it’s packaging is bright yellow and even the font is a touch corny but don’t let that put you off the true beauty of the whiskey inside – it has amassed a cult following among bartenders and whiskey drinkers of all walks for a reason.

This costs around $12 in the US and £~30/€35 in Europe. For this price I would gladly buy a bottle every time I come across it.