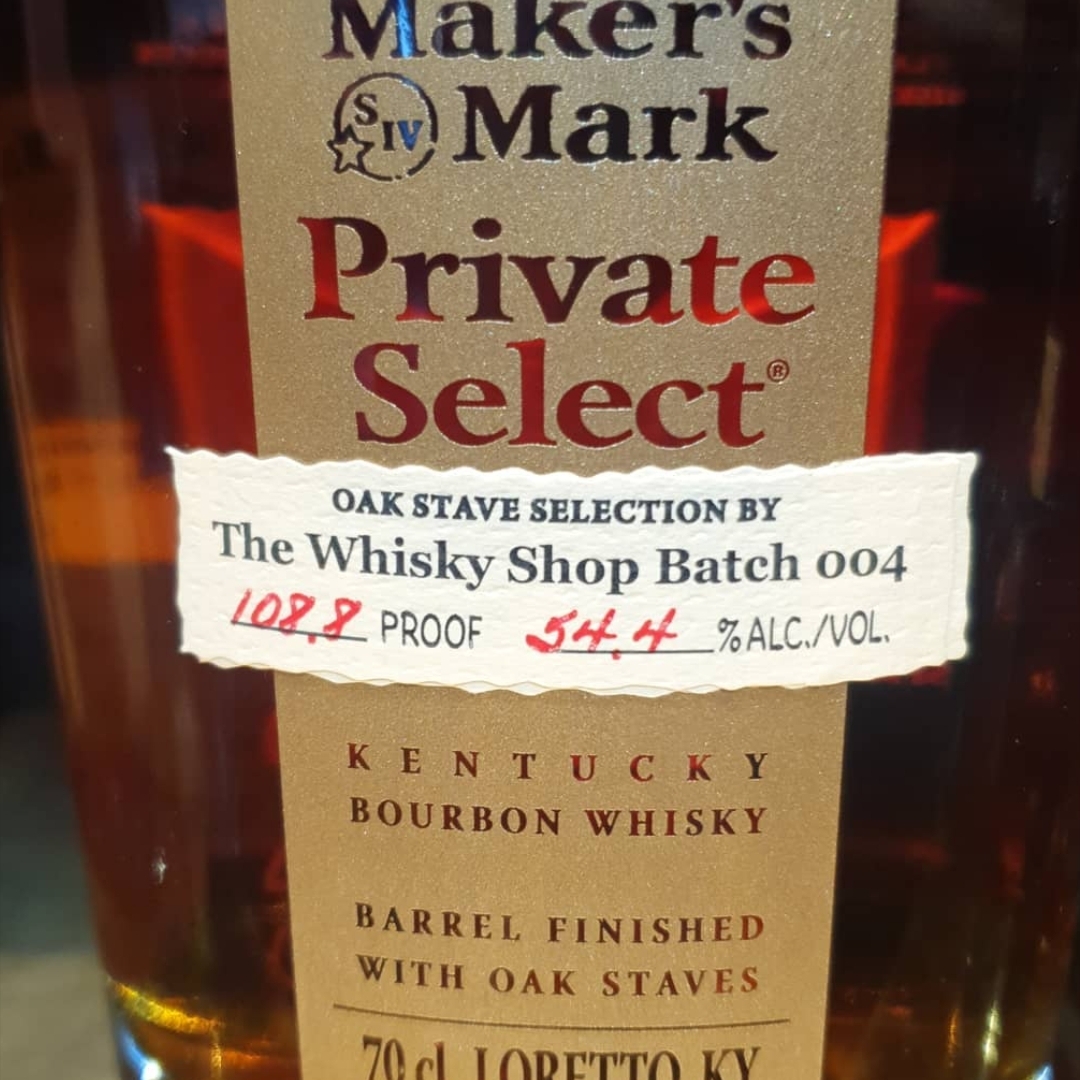 Operating from the site of the old Burk’s Distillery in Loretto, KY, Maker’s Mark have been making their signature premium bourbon since 1954 under the watchful eyes of three generations of the Samuels family. Making only bourbon with red winter wheat as the flavouring grain, Maker’s Mark is steeped in modern bourbon history with their recipe and propriety yeast coming from the legendary Stitzel-Weller Distillery. Known for their iconic square-shaped bottles and dripping red wax seals, the brand is aimed at the premium bourbon market and features a small batch, non-chill filtered bourbon aged between 6-8 years. Maker’s Mark bourbon is now bottled under 4 labels: standard Maker’s Mark Small Batch, Maker’s 46, Maker’s Cask Strength, and Maker’s Private Select. Maker’s Mark also bottle a limited seasonal Mint Julep liqueur- bourbon infused with mint and added sugar for a ready-made cocktail.

In 2016 Maker’s Mark announced the addition of their Maker’s Mark Private Select Program to their already existing range of bourbon whiskies. The third addition to the Maker’s Mark line in less than a decade, Maker’s Private Select program grants customers and retailers alike the opportunity to not only pick a barrel of Maker’s Mark bourbon but to also add their own personal touch to the taste of the bottled product.

In this review I will be looking at a very special bottling of Maker’s Mark Private Select. Crafted using a stave combination chosen by the Whisky Shop in Manchester, UK. The Whisky Shop was responsible for some of the very first Maker’s Private Select picks to land in the UK and are currently on their fourth batch. The staves used in this Private Select were [5] Baked American Pure 2, [3] Toasted French Spice, and [2] Roasted French Mocha staves. These are described as follows:

Baked American Pure 2: A classic cut wood stave of American white oak that has been toasted (cooked) in a convection oven at low temperatures for a long time. The treatment enhances flavors of sweet brown sugar, vanilla, caramel and wood spices like cinnamon and cloves.
Toasted French Spice: A classic cut stave of French oak that has been cooked at both high and then low temperatures in a convection oven. This treatment enhances flavors of smoke, wood spice and coumarin (cinnamon and smoky spice).
Roasted French Mocha: A classic cut stave of French oak that has been cooked at temperatures of over 500 degrees Fahrenheit in a convection oven for approximately a day. That higher heat is used to unlock dark chocolate and roasted coffee flavours and heavier char flavours.  It’s also supposed to produce a longer dryer finish than what’s found in the regular Cask Strength. From a cooper’s perspective, this is the highest temperature that oak can be treated at before it starts to burn.

Finish: The finish opens with lingering spice and toasted oak before a touch of maple syrup yields to a warm aftertaste of charred oak, white pepper, and wheat.

I went into this review like I go into any review of a private barrel pick, slowly and with great hesitation. Sure, one of the guys behind this batch is a well-respected whiskey friend, however, I have been stung in the past by mediocre (yet quite expensive!) barrel picks that were chosen by some of the best palates one would expect to find. This time, however, I am glad to have had all my concerns washed away with the first sip. This is a really good pick! There’s an incredible depth of flavour that I can only put down to a winning stave combination which skillfully combines the best characteristics of several staves types to produce something that’s robust, maple syrup heavy, and delicious through and through. There’s no denying that this still has its Maker’s Mark wheated bourbon core profile, but it’s the flavours layered on top of that profile that really makes it as good as it is for me with plenty of oak-driven notes complimented and balanced perfectly by the sweet notes of Maker’s Mark core profile.

The Maker’s Mark Private Select programme continues to be a massive success and having tried several stave combinations at this stage I have yet to find one that I did not like. The thing I like the most is that even though there are 1001 possible combinations, if you were to use the same stave combination twice you wouldn’t get the same bourbon profile twice. It also really helps to have the right kind of people doing the pick and here we have a delicious bourbon that no doubt took a long time to blend and perfect, but the people at the Whisky Shop were willing to spend that time and not just rush out a “whatever, I’m bored” pick.

With a sell price of £85 and a very finite number of bottles you really won’t find anything as limited, delicious, or as easily available – whilst stocks last of course! These guys have really outdone themselves with this stave selection, I’m very impressed and delighted that we’re getting such high-quality barrel picks this side of the pond! Easy buy for me!

Thanks to whiskey friend Phil Dwyer for getting a sample of this whiskey to me and for sending on the featured image in this review.