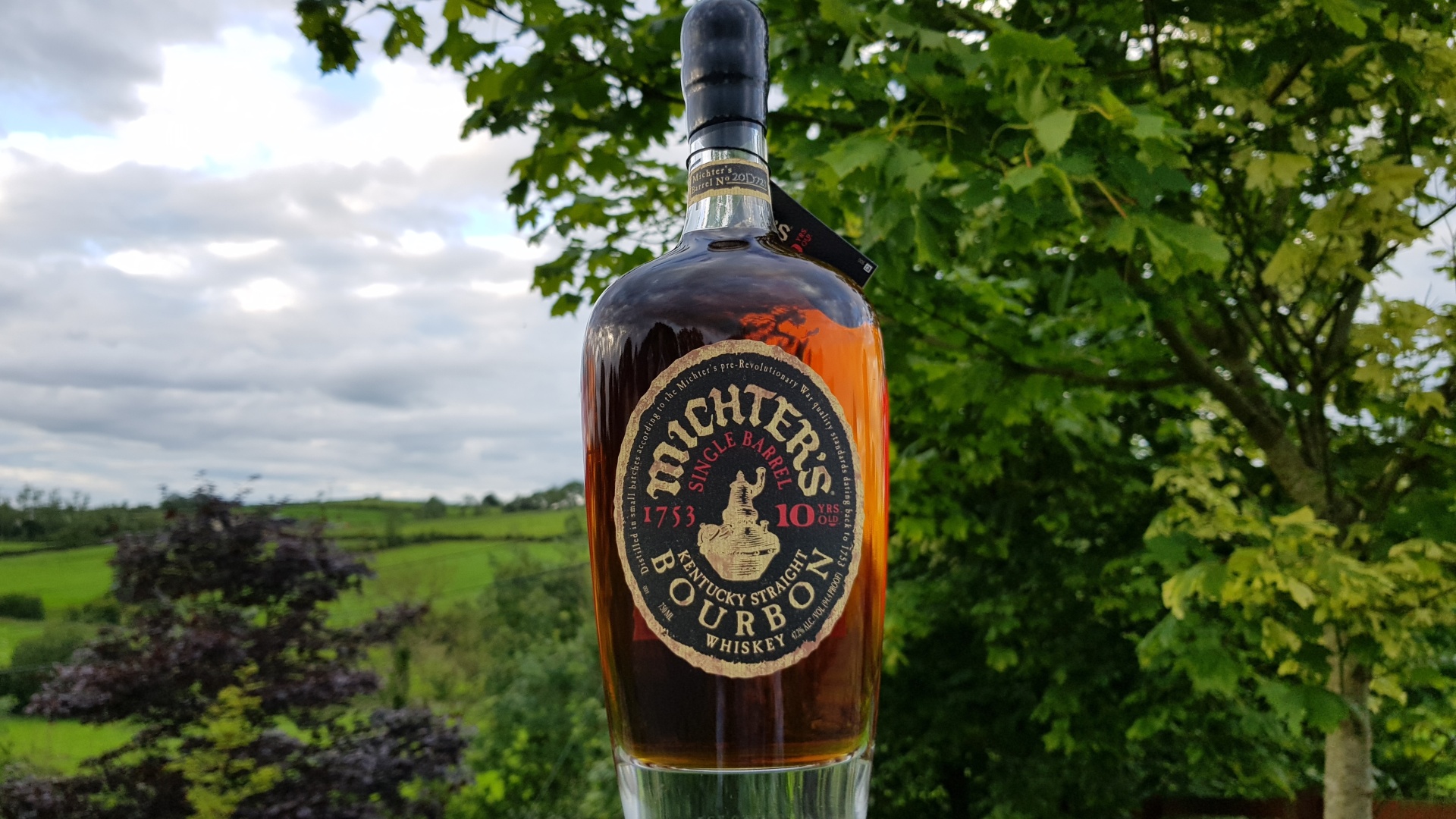 One of the first whiskies released by Michter’s under phase 1 of resurrecting the brand in Kentucky, Michter’s 10 year old bourbon is a single barrel offering featuring sourced product from an unknown KY distillery. Originally released to show bourbon drinkers of all levels that Michter’s mean business, the consistent annual release a 10+ year old Kentucky straight bourbon has proven widely popular and very sought after. Where exactly the whiskey comes from has long been a topic of speculation and there was even talk of early releases containing Stitzel Weller bourbon and 18+ year old bourbon. Michter’s response to these rumours has always been that although NDAs prevent them from revealing their sources, the 10 year old age statement is simply the youngest whiskey they would bottle as opposed to an exact age statement.

Today I’ll be taking a look at the 2020 release of Michter’s 10 year old bourbon that hit the US market somewhere around May. This year’s release is the first time we get to try a bottling of Michter’s 10 year old bourbon which has been produced under the watchful eye of Master Distiller Dan McKee. Dan has held the reins of Master Distiller at Michter’s for just over a year now and with over a decade of experience working with the previous Master Distiller, under his belt before he assumed this role, I’d say Dan was eager to put his personal touch to this iconic release.

Finish: The finish is long, opening with lingering earthy rye spice from the palate before drying to barrel notes of tannic oak, milk chocolate, and a touch of herbaceous char. As it develops further it leaves an aftertaste of dried citrus peel and dark chocolate with dried cherries.

Once again Michter’s have nailed it with this year’s release. In fact, it’s probably the most viscous Michter’s 10 y.o. bourbon I’ve had to date with that viscosity carrying rich flavours to every part of the mouth. Compared to last year’s release it’s spicier and nuttier but with a finer balance between its subtle fruit and vanilla notes and heavy barrel notes, all whilst delivering a classic bourbon profile from nose to finish. The added oomph from the rye spice combined with the viscosity also make it feel like it drinks at close to 100 proof, further driving the complex and robust flavours as they coat the inside of your mouth in layers. It tastes like an older bourbon with the influence from old oak not going unnoticed as you’re sipping on this with herbaceous notes and earthy baking spices like clove making their presence felt throughout.

In the year since Michter’s Master Distiller Pam Heilmann passed her title over to Dan McKee, Dan has continued to uphold the quality standards of Michter’s as well as managing the Michter’s Fort Nelson distillery and overseeing their 145-acre farm project in Springfield, KY. Although not his first year of making Michter’s whiskies, every drop now has to meet his approval and this release is our first taste of this hard work he’s put into making this an exceptional release. From what I tasted here it’s safe to say we can look forward to many more delicious single barrel releases of Michter’s 10 bourbon and rye in the future as Michter’s very talented team continue to strive for perfection in every facet of their whiskey.

This bottle has hit the US market with an RRP of $130 and so will no doubt cost in and around the same price as the previous year’s release when it graces shelves on this side of the pond (€150+) . Although this price may seem a bit steep, for those who can read between the lines this is usually a good indicator of an older bourbon – which costs more to produce because of less barrel yield and more taxes for longer ageing. In fact, there’s rumours going around that this year’s bourbon was just shy of 14 years old, which if true would mean there’s great value for money in terms of age and quality in this bourbon. At this price we’ve passed the threshold of what I would recommend you spend without trying it first, however, if you’re going solely on an opinion alone I think this is a great bourbon at the RRP.