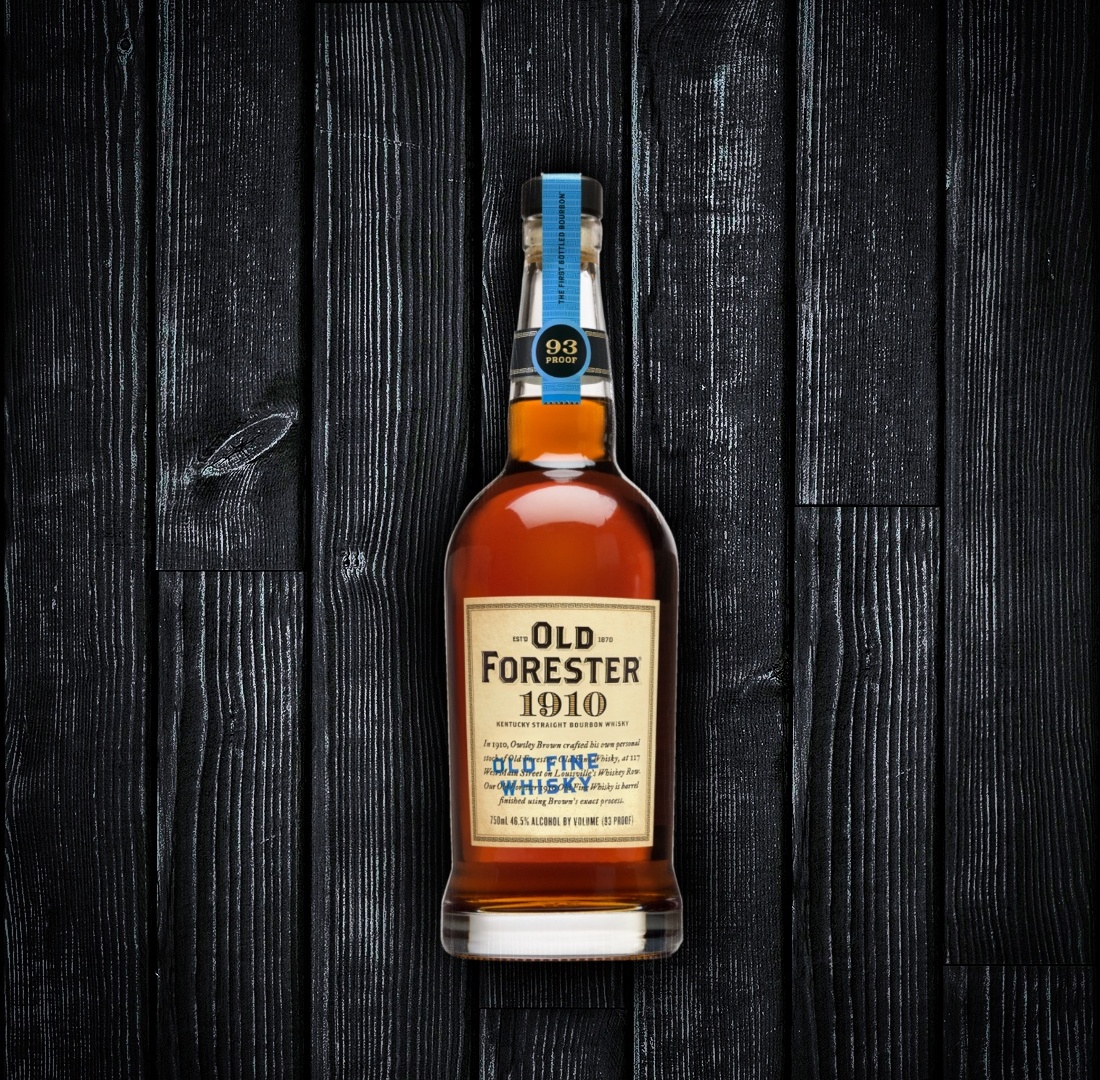 Both the crown jewel and establishing brand of the mighty Brown-Forman Corporation, Old Forester was created in 1870 by pharmaceutical salesman George Garvin Brown. The Old Forester brand was Brown’s answer to a medicinal whiskey market that was hampered in its day by inconsistent and poor quality whiskey being sold to unsuspecting customers. To tackle this, Brown set up the J.T.S. Brown and Bro. firm in Louisville and began sourcing high-quality bourbon directly from three different distilleries. These were blended for quality and consistency and marketed exclusively towards the medicinal whiskey trade. Brown also took advantage of the advances in glass bottle mass production in order to offer an exclusively bottled-only bourbon, making him the first to commercially bottle his bourbon. To distinguish his bourbon further, every bottle of Old Forrester bourbon was bottled, sealed, and carried Brown’s personal promise of its quality as well as his signature to authenticate it as such.

Originally spelled with two r’s, the brand name came from Dr. William Forrester, a leading Civil War physician and customer of George Garvin Brown when he was working as a pharmaceutical salesman in Louisville. Forrester allowed the use of his name to further validate Brown’s claim of the high quality of his medicinal whiskey with the name only changing to its modern spelling after Dr. Forrester retired and the association with his name was deemed unnecessary by Brown.

When Prohibition hit in 1920 Brown’s strict adherence to quality and his already-existing presence in the medicinal whiskey market resulted in Old Forester being granted one of just ten government licenses to bottle Bourbon for medicinal purposes during Prohibition. In fact since 1870 Old Forester has remained the only bourbon continuously distilled, available to buy, and marketed by the founding family before, during, and after Prohibition. It is officially the longest running Bourbon on the market today (approximately 147 years as of 2018).

Started in 2015 to commemorate key historic dates in the brand’s extensive 149 year history, the Old Forester Whiskey Row Series saw a permanent line extension of Old Forester’s core portfolio of 86 proof and 100 proof bourbons. Named the Whiskey Row series in honour of the famous Whiskey Row in Louisville the series was launched in the build up to Old Forester opening their state-of-the-art 70,000 square foot distillery and visitor centre in the same building they had occupied nearly a 100 years previous on Whiskey Row. As an extension to the existing range this series also aimed to introduce prospective and existing Old Forester fans to the versatility of Old Forester’s one-recipe bourbon by producing 4 distinct styles of bourbon through the alteration of several factors.

As the fourth release under the Whiskey Row series, Old Forester 1910 Old Fine Whisky commemorates another unique moment in Old Forester’s brand history. On October 22nd 1910, a fire on the Old Forester bottling line halted production and caused a shut down for an indefinite period of time. To complicate things, a vat of mature whisky was waiting to be bottled before the fire broke out. Facing the potential ruin of this whiskey the decision was made to re-enter it into new charred oak barrels to rest until the line could be repaired. This double barreling was the first such documented of its kind and the whiskey it produced was impressive enough to become an entirely new expression – Old Fine Whisky.

For this release and to replicate the process used in 1910, Old Forester have taken mature 100 proof bourbon stocks and re-entered them into custom-made barrels that have been lightly toasted and charred to near total incineration. The whiskey is then finished for several months to allow it to interact with the very heavily charred barrels and extract and refine its profile.

Nose: The nose opens with very deep butterscotch and vanilla that’s reminiscent of a crème brûlée before a flash of cherries, a touch of earthy baking spices, toasted almonds, and charred oak emerges.

Palate: The palate is viscous and sweet at first with notes of brown sugar on the edge of being burnt fading to peppery baking spices, very faint black cherries, strong toasted almonds, and a dominant note of bitter, dry dark chocolate charred oak that is present throughout the palate.

Finish: The finish opens with a kick of lingering spice from the palate followed by peppery oak and bitter tannins which intensifies as the whiskey fades, leaving an aftertaste of bitter dry cacao powder.

As far as my experience of whiskies from Old Forester goes, this one hits bottom hard- but let me explain why. First, the nose on this whiskey is absolutely beautiful, it’s decadent, butterscotch heavy, and reminds me of Woodford Reserve Double Oaked – which is a very good start! However, as soon as the palate lands the notes from the charred casks dominate and make their presence known with bitter dark chocolate and charred oak spice a plenty. Sure, there is still some solid Old Forester character throughout, but all that is tasted through the lens of a strong undercurrent of bitter dark chocolate and charred oak tannins. The finish follows suit with the charred barrels again dominating and pushing their influence to an unpleasant degree. There’s just so much charred oak and tannic spice that it becomes distracting from the overall experience. As someone who prefers sweeter, fruitier bourbons this is very bitter, charred oak heavy, and every sip paints another layer of charred tannic oak on the tongue and cheeks with a wide brush. I’m disappointed as I was expecting a lot from the bourbon that’s first release sold out so quick. This second (or third or fourth) batch just isn’t where the party is at for me unfortunately. In fact, if this is modelled after the original 1910 batch then drinking this has me thinking that the reason Old Forester decided to bottle that original 1910 batch under a different brand name is exactly because what I’m getting here, the second round of ageing made a drastic change to the flavour profile and it no longer tasted like what Old Forester was expected to at the time.

These Whiskey Row releases are probably just a sneak peek into the innovation going on behind closed doors at Old Forester, however, not every experiment is a success. Sure, others will no doubt rant and rave about how much they love this whiskey but for me this has fallen short of expectations. It is important to note, however, that none of Old Forester’s whiskies that I’ve tried to date are bad whatsoever, this is just the bottom of the pile for me. It tastes fine, has some true Old Forester character, but the heavy char presence is where it loses me. Not bad but not great either- just somewhere in the middle I guess.

If you’re an Old Forester fan and want to taste what their unique approach to double-barrel ageing has done for their bourbon then I would recommend this whiskey as something you would want to either buy a bottle or an ounce of. If, however, this isn’t widely available in your area (i.e. anywhere outside of the US) I personally wouldn’t be spending the money unless you can find a way to try it first. That being said if what I described sounds like your kind of whiskey then go for it! Personally, what’s left of mine will be going into an Old Fashioned.