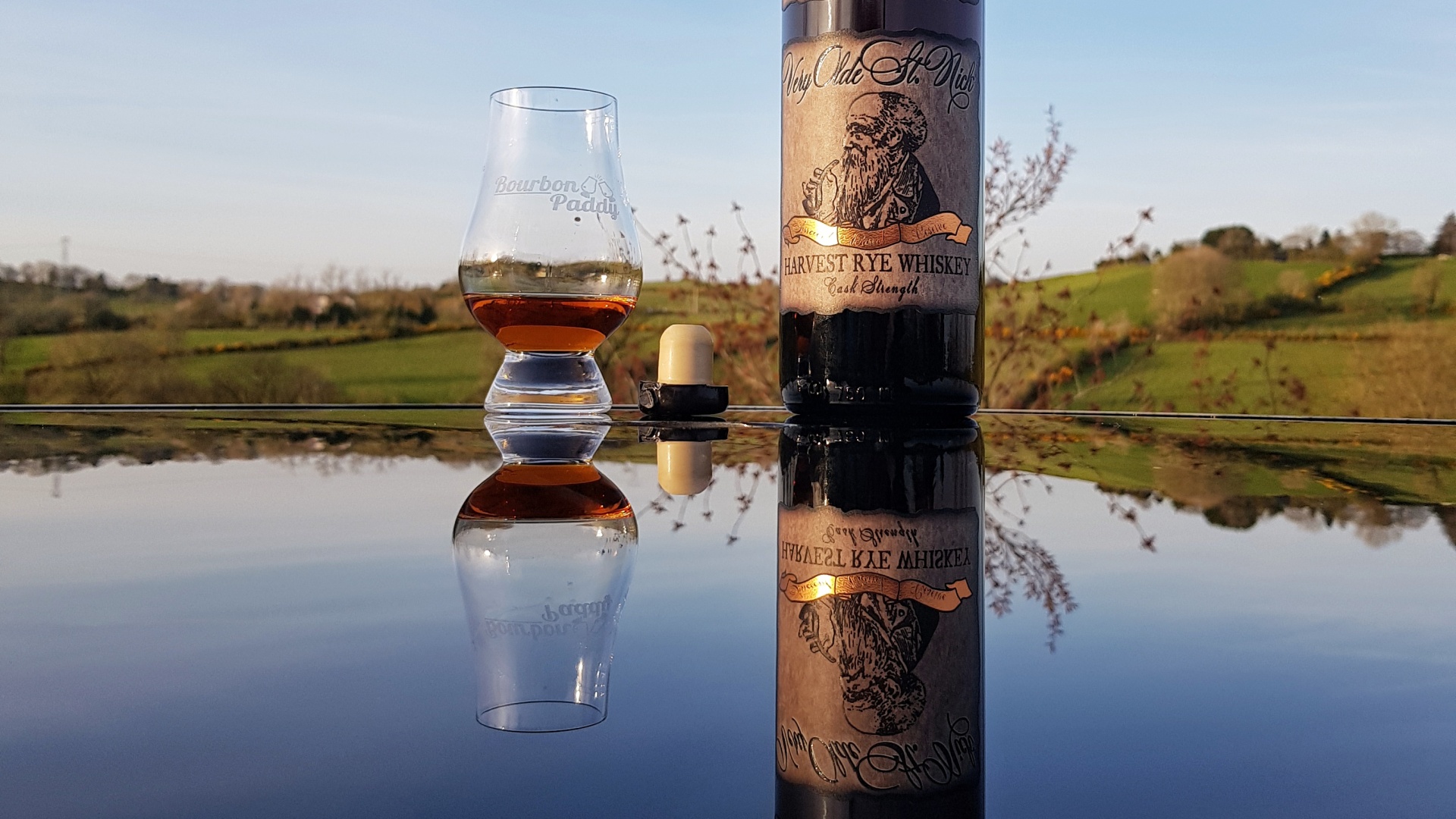 Established in 1986, the Very Olde St. Nick (VOSN) brand was started by Marci Palatella to capitalise on the growing demand in Japan for ultra-aged bourbon. As Julian Van Winkle III’s agent in the Japanese market, Palatella sourced stocks from Old Commonwealth distillery in Lawrenceburg, KY., before transitioning to also bottling sourced stocks from Even Kulsveen at the KBD (Willett), and other sources when Van Winkle started producing whiskey in partnership with Sazerac. Famed for sourcing amazing older whiskies the brand quickly gained popularity in bourbon and rye enthusiast circles.  However, as demand for aged stocks of bourbon and rye skyrocketed across the board supplies for VOSN dried up and so for many years the brand lay dormant. Frustrated with being unable to source the ‘magically intense barrels of yore’ in 2015, Palatella purchased a tobacco farm in Bardstown KY and transformed it into a small craft distillery with a visitors centre. Named the Preservation Distillery, Palatella’s dream of bringing back brands such as VOSN and Rare Perfection had become a reality and with production beginning in October of 2017, the team at Preservation reignited their efforts to source amazing barrels for these historic brands whilst their own whisky matures. The distillery produces  100% bourbon, rye, and malt whiskey using locally-sourced grains that are distilled using a pot still in 1 – 3 barrel batches. Today the Preservation Distillery produces brands such as Wattie Boone & Sons, Cowboy Little Barrel, Rare Perfection, and Very Olde St. Nick.

Having lain dormant for many years, the establishment of the Preservation Distillery in Bardstown, KY, filled many fans of the historic Very Olde St. Nick (VOSN) brand with hope that we would see it revived and come back into regular release with some interesting sourced stocks of bourbon and rye whiskies. With the release of an 8 year old age-stated rye whiskey at the end of 2018, these dreams became a reality and soon after numerous limited releases of bourbon and rye whiskies followed, each wrapped up in the same level of mystique as traditionally associated with this brand.

Today I’ll be taking a look at Lot#1 of the Harvest Rye release that I was lucky to get a bottle of. With reliable information on this bottling being scant on the internet I’ve turned to the label to give me an insight into what to expect. On the front it states that this whiskey is an ‘Estate Reserve’ release that has been ‘Artisan Crafted’ and is bottled at cask strength. The back label speaks of the brand’s legacy, their crafting of batches using only limited barrels per batch (1 – 3 barrels), the current Preservation Distillery operation, and that this whiskey was bottled by the Olde St. Nick Distillery in KY – that is all. It’s not a lot of information to go from but I have a feeling that this is how this brand has operated for decades in an effort to keep the attention on the whiskey in the bottle and not to get caught up in the details.

Finish: The finish opens sweet with some lingering pepper spice from the palate fading to an aftertaste of earthy baking spices and tannic oak that dries up the inside of the cheeks.

Despite greeting me with an initial kick of ethanol, this whiskey opens up really nicely with some air and delivers a rye-forward drinking experience that holds no punches. At just shy of 120 proof (60% ABV) this is not a whiskey to underestimate and its proof drives the flavours into overdrive alongside the peppery rye influence. I’d say this is the kind of rye whiskey that I would recommend to someone who loves traditional rye whiskey notes served with a healthy dose of proof and rye spice burn. The burn, however, doesn’t completely overwhelm the remaining flavours but is a fiery undercurrent once it kicks in and serves as a reminder that this whiskey is first and foremost a cask strength rye whiskey. With a few drops of water some of the heat dies down and a toasted oak note appears on the palate which is quite nice and rounds out the peppery and fruity notes on the nose and palate. Despite not stating an age (or a designation of straight rye) there are some barrel-driven flavour notes that I would associate with a mature whiskey. It’s this element of maturity that brings a lot of complexity and balance to the flavour profile.

The Very Olde St. Nick brand has for decades been associated with some of the most coveted bottlings of bourbon and rye whiskey on the market and so the revival of this proud label is a significant moment. Combine this with some delicious whiskey in the bottle and it’s easy to see why the Preservation Distillery walked away with 3 Double Gold awards for VOSN bottlings in the 2020 San Francisco World Spirits Competition. As their own-made whiskey matures their sourced offerings continue to bring in fans both old and new and give them a delicious drinking experience. With the level of dedication that Marci and her team have demonstrated over the years, this is one distillery thats whiskies you won’t want to let slip through your fingers.

At its release this whiskey had a retail price of $165. This is not a couch change whiskey unfortunately but these days you have to pay if you want to play with premium offerings like this. That being said, as it’s crossed over the $100 buy threshold I would strongly recommend that someone who wants to buy a bottle should seek out a sample first.