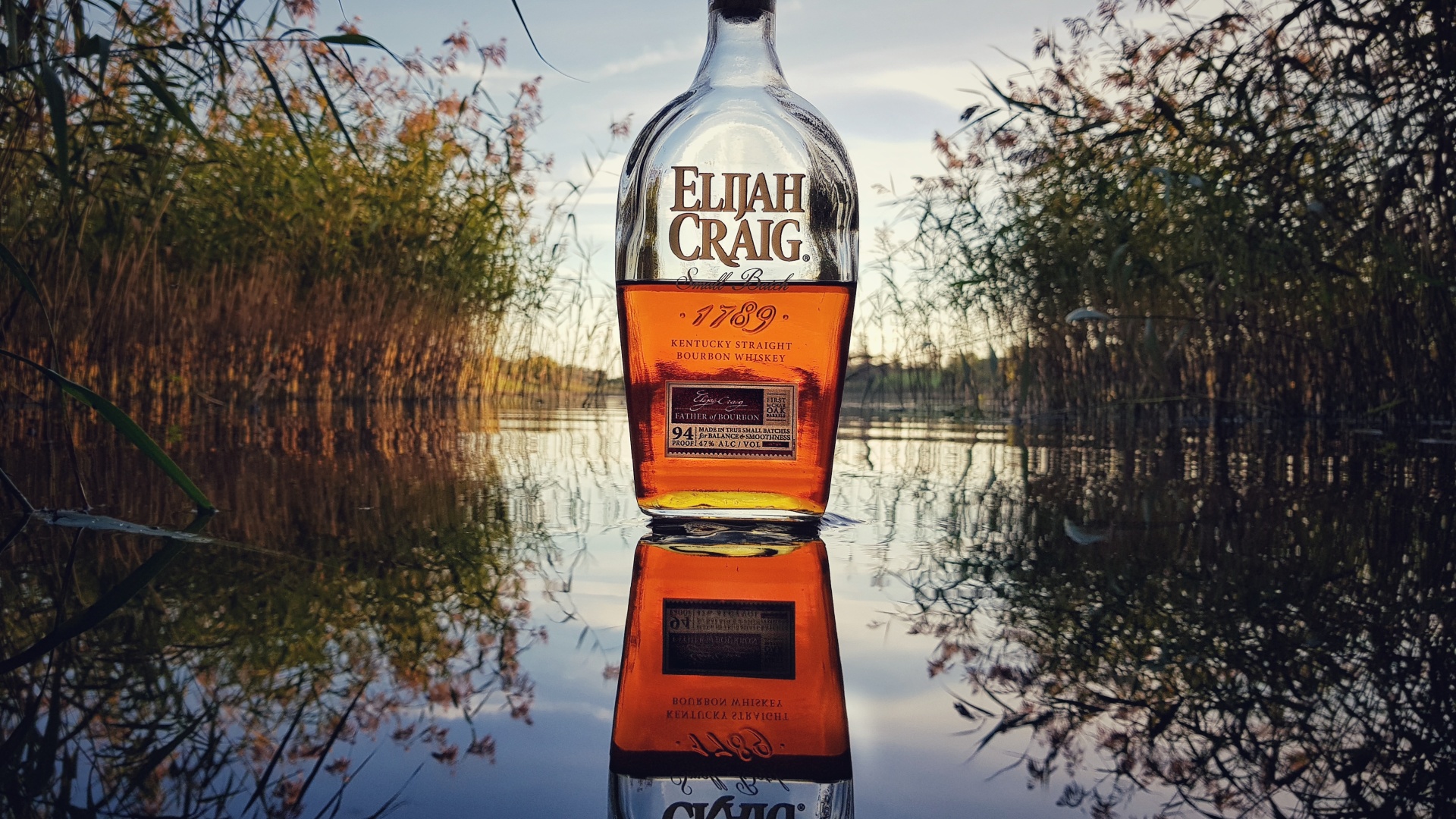 Today the modern iteration of the company, Heaven Hill Brands, has become a diversified supplier of whiskeys, liqueurs, vodkas, rums and other spirits. They own 57 rickhouses in Central KY and distribute over 48 brands including 17 bourbon labels such as Henry McKenna, Elijah Craig, Evan William, Larceny, Old Fitzgerald, and Rittenhouse rye to name a few. The distillery also has the largest number of Bottled in Bond whiskies on the market and is the only heritage distiller that features every major category of American whiskey in their 5 distinct mashbills producing traditional bourbon, wheated bourbon, rye whiskey, corn whiskey, and wheat whiskey. Under 7th Master Distiller (and fellow countryman) Conor O’Driscoll the distillery is on course to fill lamost 400,000 barrels this year and with continued investment production capacity is growing every year to meet rising demand.

First introduced in 1986 as the bourbon market was nearing a historic low point, the Elijah Craig brand consisted of a 12 y.o. premium bourbon offered by the Heaven Hill Distillery as a statement against the younger, cheaper, and lower quality bourbon offerings that were dominating the bourbon market at the time. Named in honour of the Baptist preacher of the same name, Heaven Hill accredit the first discovery and use of barrel charring in producing bourbon whiskey to Craig. The Elijah Craig brand is comprised of multiple offerings with current releases including the Small Batch, a barrel proof offering, an 18 y.o. offering, a 23 y.o. offering, and a distillery-only Barrel Select offering. Previous bottlings under this brand have also included the popular 12 y.o. age-stated Small Batch, and 20, 21, and 22 y.o. offerings which have since been discontinued. Despite the Small Batch losing its age-statement in 2016, due to demand outstripping supply, the barrel proof offering still retains its 12 y.o. age statement as do the older releases such as the 18 and 23 y.o. Today I’ll be taking a look at the non age-stated Small Batch offering which is widely available in global markets.

Palate: The palate opens with a creamy butterscotch note, followed by a splash of red and dark fruit, vanilla, and earthy baking spices fading to a mix of toasted almond flakes and crushed nuts. These lead into a mid-palate of faint yet spicy black pepper, rich dark chocolate, and a hint of orange peel oils that develop on the tongue alongside a lingering heat as you continue to chew.

Finish: The finish opens with a kick of residual peppery spice before fading to an aftertaste of dry roasted nuts, tannic toasted oak, and a touch of herbaceous astringency.

Elijah Craig small batch has always been and continues to be a truly fantastic bourbon for how little it hits you in the wallet. Everything you could want from a classic bourbon is there, with butterscotch, oak spice, earthy rye, and sweet cherry notes throughout. It’s well balanced so you can drink it neat, but also has enough heft that you could mix it into an Old Fashioned without losing the identity of the spirit. With fans of the 12 y.o. exclaiming woe and disaster with the disappearance of the age statement, I thought this bourbon may have become a grain-heavy, unpalatable mess but nothing could be further from the truth.

In fact, I have a bottle of the old 12 y.o. Elijah Craig open so I decided I’d do a little blind side-by-side to pick the better bourbon and the results are no doubt going to rub a few people up the wrong way. On its own the 12 y.o. Elijah Craig is a delicious bourbon with all those mature notes of old oak and dark chocolate and a great mouth feel that you would expect. However, in order to determine which was better I poured a sample of each blind into identical glasses (marked on the bottom to indicate what was in which glass) and tasted them. The result was that my favourite of the two was the Non Age Stated (NAS) Small Batch. Although the 12y.o. was creamier on the palate with more corn-driven butterscotch, complex dark chocolate, and faintly spicy charred oak, the NAS small batch had a spicier and fruitier presence with a toasted oak, lush cherries, and younger butterscotch profile that carried its flavours better. Thus, I actually much preferred the NAS Small Batch  over the 12 y.o. It had a lot more going on flavour and intensity-wise than the almost one-dimensional old oak –driven 12y.o. Comparing these like this also reminded me of why I was never a massive fan of the 12 sometimes having found the heavy charred oak presence in certain batches to be off-putting and detrimental to the overall enjoyment of it. Therefore the results surprised me because I expected the older of the two to be the clear winner. For me, this goes to prove that age isn’t always the indicator of a better product. Instead blending for a better-tasting product is the real winning factor here.

Heaven Hill are known for their bonded whiskies but products like Elijah Craig small batch make it clear that the talents of the Heaven Hill team are deep reaching and all encompassing. This truly is one of the best value-for-money bottles on the market and also looks great on any bar shelf that I’ve ever seen it on. With the demand for aged bourbon far outstripping demand I think the move by Heaven Hill to drop the age statement and maintain shelf presence meant that this whiskey didn’t go the route of competitor’s products which maintained age-statements but have since disappeared from shelves due to scarcity. The decision not only paid off in this sense but the resulting product is better than the previous in my opinion and so is a double win for Heaven Hill and fans of the Elijah Craig brand.

Who’s not buying this stuff? Treat yourself or the bourbon drinker in your life to a bottle of something delicious that won’t cost a fortune today. Buy buy buy.