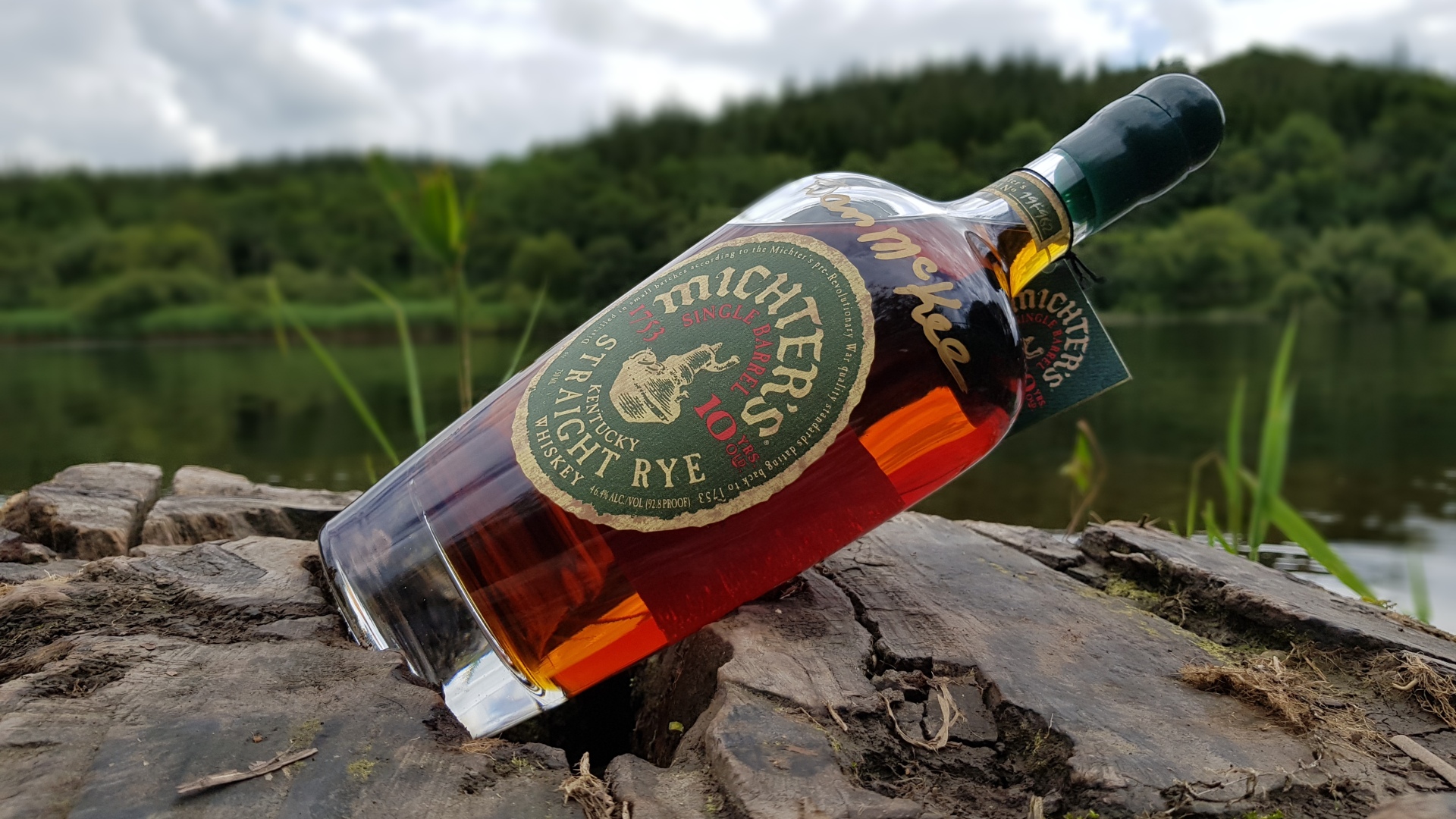 From the very first release of whiskey that followed the resurrection of the brand, Michter’s have proven that they are not just serious about the quality of their bourbon, but also the quality of their rye whiskies. Despite coming from sourced stocks, Michter’s have gained a reputation for amazing rye whiskey releases, even holding back on releases of the 10 y.o. rye until they are deemed to have reached their peak maturation and flavour as opposed to the age statement on the bottle. The result has been semi-consistent releases of beautifully aged rye whiskey which typically runs much older than the 10 year age statement on the bottle would suggest.

Since officially taking on the role of Master Distiller in early May this year Dan McKee had no doubt been planning and perfecting his first release. With the release of the 2019 10 year bourbon being announced at the same time as Dan’s new role, it wasn’t long before fans realised that the bourbon would be Pam Heilmann’s last release under the Master Distiller role and the still to be announced 10 year rye would be Dan’s first release. Rumours flew as fans speculated what profile Dan would go for and everyone was excited to see what he would release. Then the moment arrived and Michter’s announced that the 2019 bottling of their 10 year old rye would enter the market in July. In a prepared statement McKee is quoted as stating:

“In my years at Michter’s, I’ve seen how incredibly focused our previous Master Distillers Pam Heilmann and Willie Pratt have been on waiting to release whiskey till it was just right…Working with our Master of Maturation Andrea Wilson, I will continue that tradition of only releasing whiskey that makes us extremely proud.”

Today I’ll be taking a look at this very limited release of Michter’s 10 y.o. Kentucky straight rye which will be Michter’s only bottling of this whiskey in 2019 due to shortages of mature stock.

Palate: The palate follows the nose opening thick with a burst of carmelised red and black stone fruit followed by grassy rye, ‘dusty’ deep butterscotch bordering on maple syrup, and old charred oak-driven notes of earthy dark chocolate, slightly herbaceous mint, and fruit stewed in brown sugar that continue to develop and reveal layers of complexity as you chew.

Finish: The finish opens with lingering rye, cherry, and dark chocolate from the palate before a spark of rye warmth travels down the throat and leaves an aftertaste of toasted oak, earthy baking spices, black pepper, and thick dark chocolate which fade to an aftertaste of herbaceous ‘old rye’ and slightly bitter charred barrels.

What a delicious rye whiskey! It seems like every time Michter’s release a 10 year old rye whiskey it becomes my favourite rye whiskey of the year and tasting this year’s release, it’s clear why. There are just so many layers of flavour complexity in this whiskey that it’s hard to know where to start when describing what exactly makes it so very good. Having tasted and loved several butterscotch-heavy whiskies from the late 80’s/early 90’s, this whiskey smells and tastes like Michter’s have developed a time machine and are bringing these barrels of whiskey back from what is for many the Golden Era of amazing tasting American whiskey. As soon as my nose comes to within 2 inches of the glass I can already smell that perfume-like note of deep butterscotch, thick vanilla, and charred oak that reminds me of so-called ‘dusty’ whiskies. This dominant butterscotch note combines with the remaining flavours to make a nose that is very inviting and leads directly into a palate that is as complex and tastes incredible. On the palate there’s also a continuous note of old herbaceous barrels that hums like an undertone as the remaining notes unfold. I’d usually expect this note from much older (16+ y.o.) rye whiskies so when I picked up on it I decided I’d drink a small dram of the 2019 Sazerac 18 y.o rye whiskey side by side with this whiskey. The results were surprising and despite Sazerac 18 being a great whiskey, this whiskey easily outperformed it on every level.

Honestly the team at Michter’s and Master Distiller Dan McKee have absolutely knocked it out of the park with this release. These bottlings are typically much older than the stated age on the bottle and based on the overwhelming amount of old rye notes I’m getting throughout, I’m going to hazard a guess that the same applies with this release. I wouldn’t be surprised if Dan released something that not only tastes amazing but is also much older than 10 years old to give fans a truly unforgettable Michter’s 10 y.o. rye as his first release.

Despite being Dan Mckee’s first official release of a whiskey under the Michter’s 10 y.o. label, this definitely isn’t Dan’s first rodeo. With an extensive past at Beam, and by working diligently under previous Michter’s Master Distillers on prior releases under this label, he has clearly entered his new role with an impressive level of experience when it comes to producing a super-premium and delicious whiskey like this. Having had the opportunity to meet the man in the flesh his level of overall experience and ability to dive into the intricate details of what he does leaves no doubt in my mind that he has truly earned his new title. Combine this with his oversight on the Fort Nelson plant and the addition of the grain-to-glass Springfield farm project (where Michter’s are growing their own grains for distillation) and fans have some truly amazing stuff to look forward to in the future from Dan and his very talented team.

Because this bottle will set you back more than 100 in any currency, if this doesn’t sound like something you may want to spend big money on then I’d highly recommend you find somewhere that you can try it – seriously. If you, however, like me know that this is amazing and well worth any money then I’d recommend you get yourself a bottle ASAP. My plan is to shamelessly beg my wife to indulge me in attaining another bottle. This is a whiskey I definitely want to have a backup or two of and having tasted it next to Sazerac 18- I know my money is better spent on this.