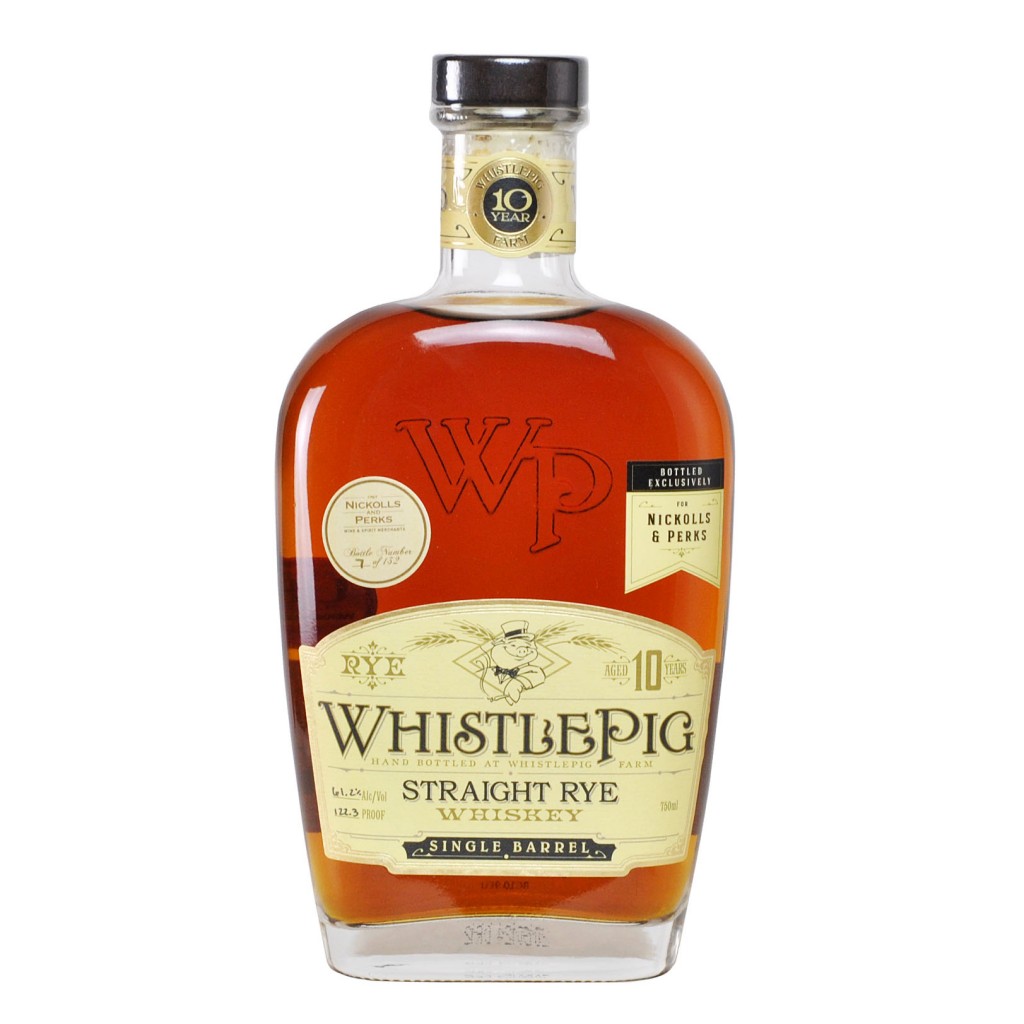 Set up in 2007 by entrepreneur Raj Bhakta, the WhistlePig distillery is based in one of Vermont’s oldest farms and specialises in the production of premium rye whiskey. Initially a Non-Distiller Producer (NDP), WhistlePig made a name for themselves by sourcing and bottling high quality Canadian and Indiana rye whiskey under the watchful eye of their now-deceased Master Distiller Dave Pickerell. With a vision to create the world’s best rye whiskey, Bhakta and Pickerell sought to produce a farm-to-bottle craft rye whiskey made using rye grain grown on their farm, water from their wells, and oak barrels crafted from the oak trees growing on the farm: a unique process in whiskey production termed ‘Triple-Terroir’. WhistlePig have also earned a proud reputation for their limited-edition barrel-finished rye whiskies that have been finished in barrels such as ex-bourbon, ex-wine, ex-Armagnac, and Vermont Oak from their own farm.

In the UK WhistlePig has long been a staple on the back-bars and personal collections of those looking for a superior quality rye whiskey that can be enjoyed either straight or in their favourite rye-based cocktail such as a Manhattan or Sazerac. Along with their full core and limited releases, WhistlePig have also been one of the first American whiskey brands to introduce the opportunity for UK-based retailers, bars, and private whiskey groups to select single barrels of their rye whiskey. Combined with the fact that these barrels are bottled at barrel proof, and yield a decent number of bottles, this programme has taken off in the last few years with many vying to get their hands on a barrel.

With the whiskey in these single barrels coming from sourced stocks whilst their own distillery was taking shape on the WhistlePig farm in Vermont, those who get the chance to pick a barrel are choosing between either whiskey sourced from Alberta Distillers in Canada or now MGP Ingredients in Indiana. The Canadian stocks feature 100% un-malted rye whiskey that was first aged in charred white American oak and then further aged by WhistlePig using a unique double ageing. As part of this process the whiskey spent the first 10 years in new charred American Oak barrels before being brought to the WhistlePig farm where it was then finished in ex-bourbon barrels and bottled when ready. The MGP stocks have traditionally followed a similar process whereby they were finished in various wine casks, blended, and kept exclusively for WhistlePig’s Old World release; however, recently these have become available for picks without being wine-cask finsihed.

These single barrel picks were launched to give retailers and rye whiskey lovers a chance to taste and bottle a unique barrel of rye whiskey at barrel proof and only the top barrels of WhistlePig’s 10+ year old rye are set aside by Dave Pickerell and his team. Originally featuring 10 year old whiskey, the age of the whiskey has increased to the point that many single barrels now feature 12+ year old stocks.

Today I’m reviewing a 13 year old single barrel that was chosen by independent wine and spirits merchant Nickolls and Perks, located just outside Birmingham. This is whiskey from Alberta stocks and so features a 100% Canadian rye whiskey.

Finish: The finish opens with a kick of spice, followed by burnt caramel, subtle red fruit, and dark chocolate, leaving an aftertaste of earthy rye, barrel smoke, and tannic oak spice that burns and dries the insides of the cheeks.

This is a big bold, spicy rye that’s packed full of classic rye notes. At close to 14 years old it hasn’t lost its rye kick and drinks like a much younger rye whiskey with plenty of flavour intensity. The nose is incredible and really highlights the complexity of the flavours to be found on the palate. The palate opens creamy and thick before the complex flavours wash in followed by a wave of oak and rye driven spice. The only thing that I didn’t find appealing was the amount of fiery oak spice that was present but I’m sure with a few drops of water this could be remedied and is more down to my personal preference than a flaw with the whiskey. The Nickolls and Perks team did a great job at picking a really complex and flavourful rye that hits all the flavour notes and really doesn’t seem to have been negatively impacted by the amount of the time it’s spent in the barrel apart from the level of oak spice on the palate.

Drinking this whiskey really drives home how good Dave Pickerell and his team were at choosing quality rye stocks during WhistlePig’s initial sourcing stage. This is a whiskey that not only does Nickolls and Perks proud but also does Dave’s legacy proud and I know he would have been very proud of how well these older barrels turned out.

As a final point I just wanted to mention the UK distributors of WhistlePig, Axiom Brands, whose tireless efforts and over-and-above dedication has resulted in UK whiskey fans getting the chance to buy great single barrels like these in the first place. Single barrel picks are still somewhat of a rarity here but with Axiom’s help the UK have received a sizeable allocation  of single barrels each year and for that we’re all very grateful.

A 13 year old barrel proof rye and there’s still bottles left?! This is readily available via the Nickolls & Perks website at a steal for only £105 including free shipping in the UK. In my eyes you’re getting a great rye whiskey at an even greater price and when you consider the age this is a done deal!