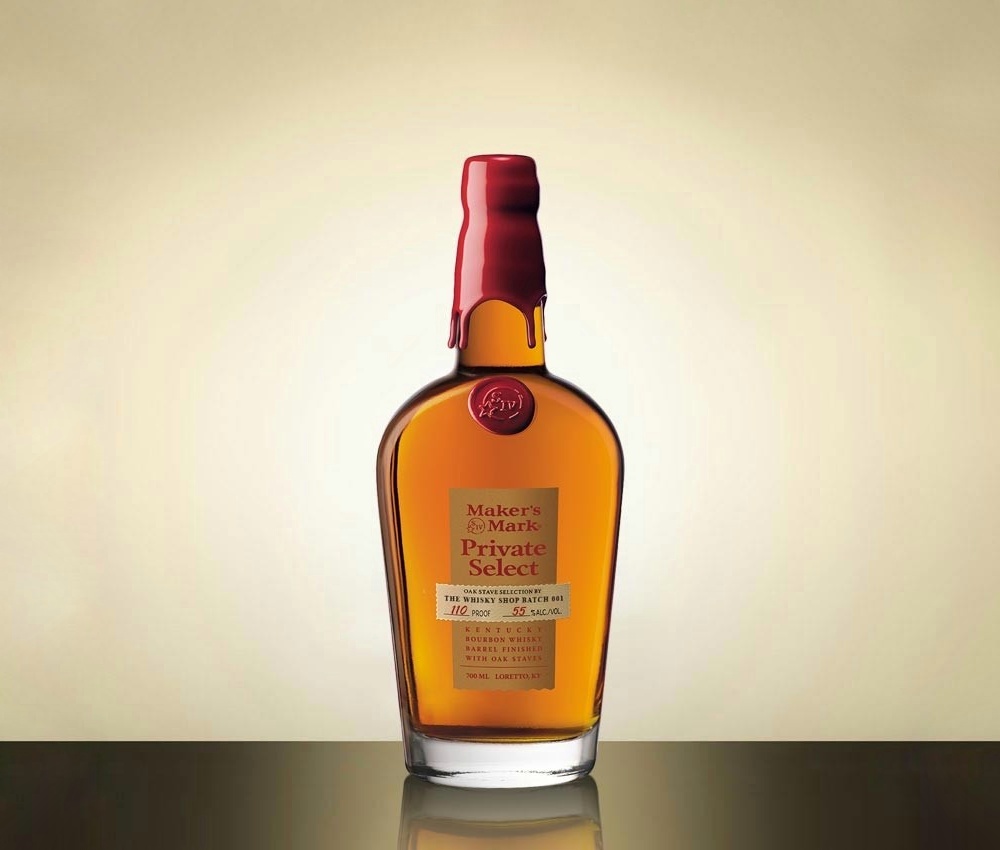 Operating from the site of the old Burk’s Distillery in Loretto, KY, Maker’s Mark have been making their signature premium bourbon since 1954 under the watchful eyes of three generations of the Samuels family. Making only bourbon with red winter wheat as the flavouring grain, Maker’s Mark is steeped in modern bourbon history with their recipe and propriety yeast coming from the legendary Stitzel-Weller Distillery. Known for their iconic square-shaped bottles and dripping red wax seals, the brand is aimed at the premium bourbon market and features a small batch, non-chill filtered bourbon aged between 6-8 years. Maker’s Mark bourbon is now bottled under 4 labels: standard Maker’s Mark Small Batch, Maker’s 46, Maker’s Cask Strength, and Maker’s Private Select. Maker’s Mark also bottle a limited seasonal Mint Julep liqueur- bourbon infused with mint and added sugar for a ready-made cocktail.

In 2016 Maker’s Mark announced the addition of their Maker’s Mark Private Select Program to their already existing range of bourbon whiskies. The third addition to the Maker’s Mark line in less than a decade, Maker’s Private Select program grants customers and retailers alike the opportunity to not only pick a barrel of Maker’s Mark bourbon but to also add their own personal touch to the taste of the bottled product.

Today I’ll be reviewing a very special bottling of Maker’s Mark Private Select. Crafted using a stave combination chosen by the Whisky Shop in Manchester, UK. This Private Select is one of the very first Maker’s Private Select picks to land in the UK after they announced the launch of the program here.

The staves used in this Private Select were [2] Maker’s 46 staves, [3] Seared French Cuvée, and [5] Roasted French Mocha staves. These are described as follows:

Seared French Cuvée: A ridged stave of French oak that has been toasted in an infrared oven. Ridged means that the stave has channels or ruffles cut into it after it has been cooked, exposing different layers of toasted wood. They also have 22% more surface area than a conventional stave. The top of the ridge gets significantly more heat treatment than the bottom of the ridge. Think of a sheet of corrugated steel with all those ridges. This particular treatment maximizes flavours of caramel, toasted almonds, sweet honey, buttery, spicy and toasty oak notes.

Roasted French Mocha: A classic cut stave of French oak that has been cooked at temperatures of over 500 degrees Fahrenheit in a convection oven for approximately a day. That higher heat is used to unlock dark chocolate and roasted coffee flavours and heavier char flavours.  It’s also supposed to produce a longer dryer finish than what’s found in the regular Cask Strength. From a cooper’s perspective, this is the highest temperature that oak can be treated at before it starts to burn.

46: The exact same stave as is used to make Maker’s 46.  Like the Cuvée, this French Oak stave is also cooked using an infrared oven. Unlike the Cuvée this one is cooked for a few more minutes and doesn’t have the grooves in it.  This longer cooking time gives more of a spicy vanilla and amplifies the spicy characteristics it contributes.  It’s also dryer and the creamy feel is not present.

Palate: The palate is thick and oily opening with sweet honey, buttery wheat, black cherries, and toasted oak, developing to maple syrup, milk chocolate, smoky barrel char, oak spice, cinnamon again and a touch of grassy herbaceousness towards the back of the palate.

Finish: The finish opens sweet with a kick of spice followed by cinnamon covered dark cherries which fades to dark chocolate and an almost bitter, smoky, and grassy herbaceous aftertaste.

This bourbon strikes a delicious balance between sweet and thick buttery notes, zingy fruity notes, and smoky, spicy toasted oak notes. It’s completely different to the other Maker’s Mark Private Selects that I’ve tasted and I guess that this is the beauty of this program. Where those previous Private Selects had more caramel and spice notes, this one has more zingy fruit and buttery caramel notes with oak.

What I also liked about this bottling is that it clearly showcases all the characteristics it’s stave combination have magnified. There’s distinct toasted oak notes, maple syrup, and barrel smoke just to name a few. However, despite these the barrel itself isn’t neglected with some delicious herbaceous oak notes also present when the other flavours pass.

This barrel gives me a lot of faith in the palates of those picking barrels for the Whisky Shop. With barrel picks becoming  more available and popular in the UK it’s important to know whose palate you can trust to pick solid barrels as experience and good taste can sometimes be thin on the ground. Having tasted this Private Select I can’t help but wish I had more than just 50mls of this delicious wheated bourbon, and I very much look forward to seeing what The Whisky Shop do with their future batches of Maker’s Private Select. It’s also amazing to see such a popular barrel picking program finally make its way over to the UK, and this past year has really highlighted the point for me that barrel picks are the new limited editions in terms of value for money and quality of the bourbon picked (again picker dependent).

This retails at around £80 a bottle which is quite a spend for something that’s always available across the water for much less. That being said this is a very unique combination of Maker’s staves and as such gives drinkers a complex bourbon that has tonnes of flavours seeping out the longer you chew it. I really like this and with standard Maker’s Cask Strength setting UK fans back £69.75 this, with it’s added complexity, isn’t much of a jump price wise but a massive jump quality and flavour wise.