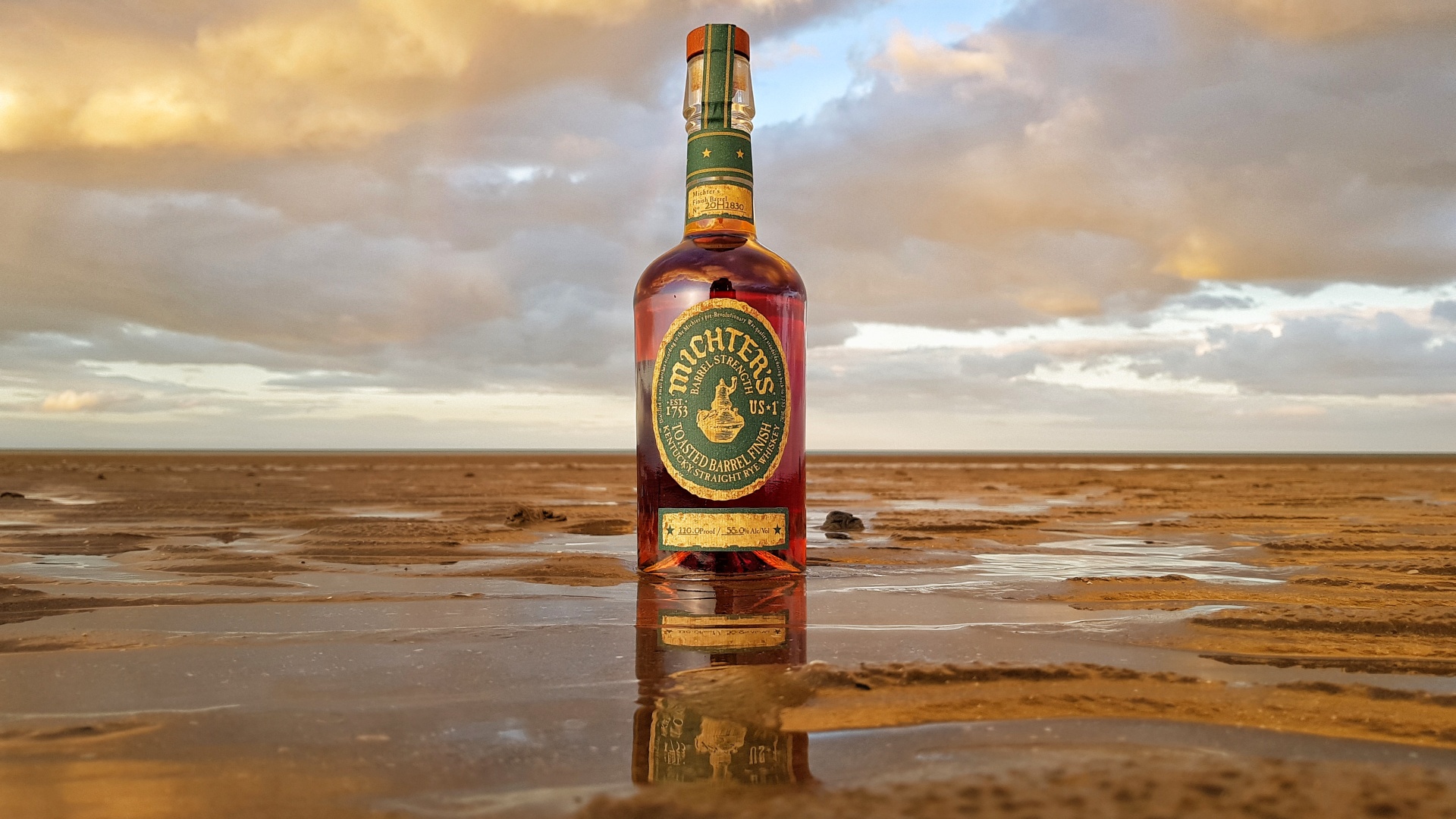 Following the long-time success of their Toasted Barrel Finished (TBF) whiskies such as the US☆1 Bourbon, US☆1 Sour Mash, and subsequent booming success of their US☆1 Barrel Proof Rye, Michter’s have continued given fans what they were begging for, a second release of their TBF US☆1 Barrel Proof Single Barrel Rye. With the previous release having secured a massive following, fans waited with bated breath for news of a second release. When the word came, even those with razor sharp palates and a healthy skepticism towards innovative limited releases were quick to give this release their backing as one to be very excited for.

The process involved in making this whiskey followed the same steps as all Michter’s whiskies. Originally distilled from a Kentucky-style rye mashbill that has a very low percentage of rye and a higher percentage of corn, the TBF US☆1 Barrel Proof Rye starts its life as standard barrels of mature Michter’s US☆1 rye whiskey. Michter’s then begin the painstaking process of individually dumping the selected barrels, re-barrelling them into special custom-toasted barrels, and then ageing the whiskey for an undisclosed period of time until the flavour profile has reached a point where Master of Maturation Andrea Wilson and her team deem it ready for bottling. Each release of a TBF whiskey from Michter’s gets its own custom barrels produced to complement and maximise the potential for that exact style of whiskey. The custom barrels used in this whiskey were assembled from 24-month naturally seasoned and air dried oak before being toasted to a custom level without charring. According to Andrea Wilson:

“For this 2020 release, we selected rye barrels aged to peak quality and then dumped each barrel, with the contents of each single barrel being put in a second single barrel assembled from 24 month naturally seasoned and air dried wood. The second barrel was custom toasted to extract characters to create a rich and decadent rye whiskey experience.“

Today I’ll be looking at the 2020 release of Michter’s TBF US☆1 Barrel Proof Single Barrel Rye. Bottled at the barrel proof of each individual barrel the average proof for this release is 109.2 proof (54.6 ABV). This whiskey was chill filtered via a state-of-the-art custom chill filtration protocol designed exclusively for this whiskey to maximise the drinking and flavour experience.

Finish: The finish opens with residual spice from the palate before notes of earthy baking spices and toasted oak tannins fade into an aftertaste of vegetal peppery rye.

After 3 long years of waiting, Michter’s Toasted Barrel Finished rye has finally returned and all I can say is thank goodness because it’s delicious. It’s packed with robust and complex flavours from nose to finish with the base black pepper rye whiskey and the maple syrup-heavy secondary toasted barrel influence working together seamlessly to produce a whiskey that continues giving flavour the longer you chew it. In classic Michter’s fashion there’s a kick of heat from the barrel proof rye, however, this doesn’t overwhelm the palate. It’s also worth noting that despite being finished in a secondary toasted barrel, this whiskey hasn’t lost the balance between rye and toasted oak. When drank side by side with the 2017 release, the profile on the 2020 is not only consistent, but also slightly out-performs the bottle of 2017 I have here in terms of flavour complexity and overall balance. Whereas the 2017 is a touch grassy with a muted toasted barrel influence, the 2020 is everything you would expect from a barrel proof Kentucky-style rye whiskey but with the added gloss and flavour complexity that can only be afforded by the finishing in the secondary toasted barrels. When it comes to their rye whiskey, it’s also worth noting that Michter’s don’t age to a number, instead they age to a profile. Their rye typically hits this at around 5 to 7 years old and as such falls into roughly the same age bracket as most other highly-rated rye whiskies that don’t carry an age statement, whilst still containing all those mature rye whiskey flavours that Michter’s look for before they release it. Of all their TBF whiskies they have released to date, the previous release of the barrel proof TBF rye was widely proclaimed to be their finest, with fans on both sides of the pond singing its praises and rushing to get their hands on backup bottles. I imagine that this release will be even more sought after based on the reputation the previous release carried and how well it fared in comparison for me.

By combining the knowledge of their Distillation and Maturation teams, the success that Michter’s have had with their toasted barrel finished whiskies is unrivaled in my opinion, and puts them at the very top of the leader board for producing great quality TBF whiskies. With their exacting attention to the minute details of production and the processes involved in producing these whiskies they have demonstrated that the labour intensity involved in finishing these whiskies (in this case as a single barrel product!) is worth it every time. Hopefully as they continue to innovate using TBF will we might see a 10-year-old release some day, but I guess we’ll have to wait and see!

The MSRP on this release is $85 and at this price I wouldn’t hesitate if I came across another one!